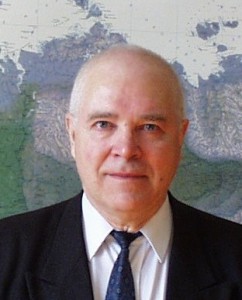 In 1971 he defended his candidate thesis. In 1983 he became a doctor of technical Sciences.

He graduated from the Moscow Institute of Agriculture Mechanization and Electrification (now Moscow State Agricultural Engineering University), Faculty of Electrification in 1959. From 1959 to 1960, he worked as an engineer at the electromechanical workshop “Mosselenergo”. In 1960, he moved to the All-Union Scientific-Research Institute for Current Sources, where he worked up to 1987 as a senior engineer, senior researcher, division head, laboratory head, department head, Deputy Chief Designer. From 1987 to 2015, he is director of the All-Russia Scientific-Research Institute for Electrification of Agriculture (VIESH). In the context of a secondary job, he worked from 1967 to 1987 as a senior teacher, associate professor and professor at the All-Union Correspondence Polytechnic Institute (chair “Fundamentals of Radio Engineering and Television”).

In 2008 to D.S. Strebkov the honorary title “The honored worker of science of the Russian Federation” was given by President V.V. Putin.

D.S. Strebkov heads research works on electrification of agriculture, as well as in the field of renewable energy. He has published 1600 scientific works (this number includes 475 inventor’s certificates and patents of the Russian Federation and 16 USA patents).

The most significant works:

At VIESH the International UNESCO Chair «Renewable Energy and Rural Electrification» has been working since 1997, and since 2003 to 2013 the chair of the Moscow State Agricultural Engi­neering University named after V.P. Goryachkin (MGAU).

Since 1997 D.S. Strebkov is the Chairman of the UNESCO Chair “Renewable Energy and Rural Electrification” at VIESH.

Since 2004 D.S. Strebkov has been participating in the work of the Executive Committee of European Network on Education and Training in Renewable Energy Sources (EURONETRES) of UNESCO Re­gional Bureau for Science and Culture in Europe (UNESCO-BRESCE). D.S. Strebkov was appointed the chairman of the European working group for education in the field of solar energy by the EURONETRES Coun­cil decision.

Under scientific and methodological guidance of the International UNESCO Chair at VIESH and the chair of MGAU textbooks for students and post­graduate students with a specialization in “Power Plants on the Basis of Renewable Energy Sources” have been published.

The team of the International UNESCO Chair at VIESH has carried out extensive work related to the participation in international programs and con­ferences, to training postgraduates and students of MGAU, the Moscow Power Engineering Institute, the Moscow State University of Engineering Ecol­ogy, etc. D.S. Strebkov in cooperation with the Moscow State University named after M.V. Lomonosov has organized three schools for young people for study­ing renewable energy sources and educational is­sues in this field.

There are postgraduate and doctorate centers, as well as the Dissertation Council for Candidate and Doctoral theses defense with a specialization 05.14.08 “Power Plants on the Basis of Renewable En­ergy Sources”. Since 1989 D.S. Strebkov has been appointed as the Chairman of VIESH Dissertation Council to 22 candidates of Science and 2 doctors of Science have received their degrees under D.S. Strebkov supervision, including one candidate of engineering from Egypt and one candidate of engineering from Turkmenistan.